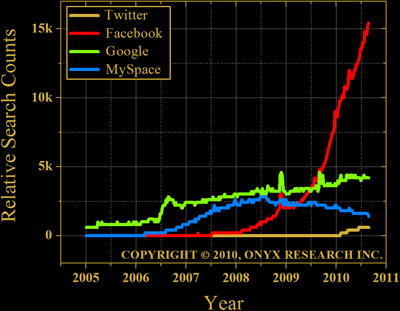 Rocketing past both Google and MySpace in mid-2009, Facebook search growth is impressive. Launched in early 2004, Facebook has eclipsed Google in search count by over three fold.

Massive data quantities necessitate quality search capabilities. Savvy companies like RockMelt seek to improve search for "Facebook Freaks". Google, no doubt, benefits from Facebook's growth, but may be unable to crawl Facebook's content. As a result, the Microsoft Bing-Facebook partnership will be a strategic battleground. 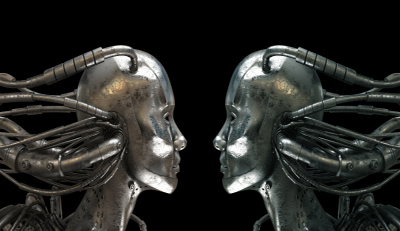 Given Google's focus on speed (Chrome Fast and Google Instant are two examples), a commonality between the two companies exists.

Measuring growth requires a growth rate metric. An exponential model is reasonable when user number is related the rate at which additional users join (see Appendix for detail). The equation used for fitting is CFuture(t) = C exp(t/τ). Data for each company were fit to this exponential model (see Figure 2). 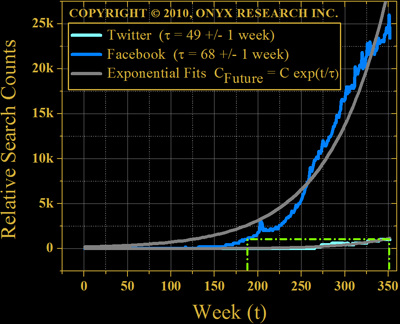