The United States Energy Information Administration (U.S. EIA) estimates that roughly 81 million barrels of oil are produced per day (bbl/day). In U.S. dollar currency, this is roughly $1.5 trillion dollars traded annually (assuming $50 per barrel for the year). This article analyzes how these $1.5 trillion dollars are distributed by country. Based on the data, the top five producing countries produce half the world's oil. 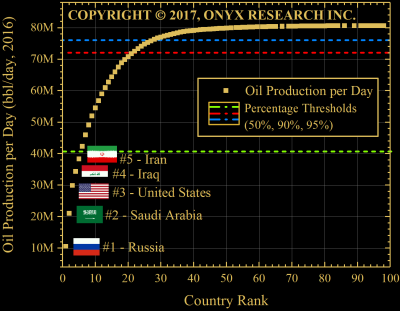 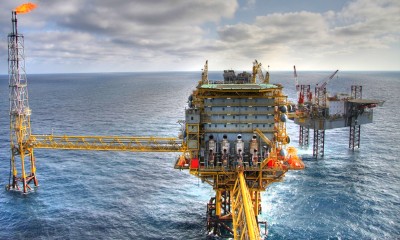 The top twenty producing countries produce roughly 90% of world oil. These countries contribute between 1-10% of global output. Should any one country see sharp reductions in output due to operational or geopolitical instability these data give national security experts, world leaders, and financial traders an idea of the impact magnitude. For example, should Venezuela output decline, the maximum impact on global supply would be roughly a 3% reduction.

How this 3% reduction would impact downstream supply chains and refinery operations is another matter.